Dander for Mary 2015 another success!

The seventh Dander for Mary again took place on the Fife Coastal Path over the past few days.  Anstruther to North Queensferry was the route this time around, with twenty walkers taking part in the whole event, with others coming along for one or two days along the way.

Thanks a million again to everyone who pounded the paths and raised funds for The Foundation.  Medals and certificates were handed out by trustees at the Albert Hotel in North Queensferry once the finishing line had been reached.

Next year we will be encouraging walkers to bring a friend along, who has perhaps not taken part in the Dander before.  Dates and the route will be posted here in due course, once finalised. 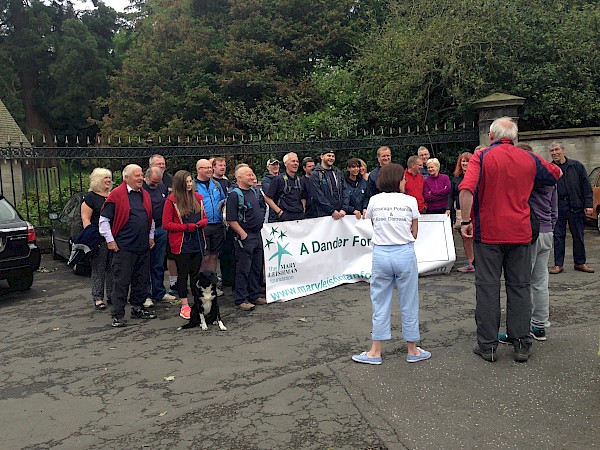